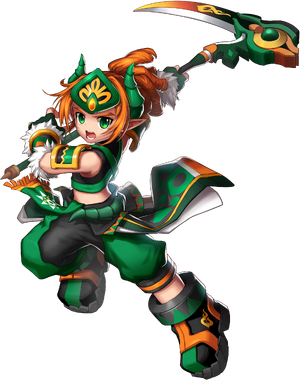 Vikens are Druids who protect the forests searched for the source of their strength from nature and spent many years researching it.

Realizing that the Druids cannot stamp out the forces of Darkness with just their transformative powers alone, the chief of the Druids, Mo’ru Pi’su, entered into an alliance with Nature, whereby endowing the druids with its powers. However, many Druids failed in their training, and only a special group of Sentinels, who were strong in body and fiercely trained, were able to succeed. Mo’ru Pi’su bestowed upon these Sentinels the title of "Viken," those who bear the life force of Mother Nature upon their souls. Mo’ru Pi’su gave the Viken the scythe he used to return those whose lives had just ended back to the Earth as a way of swearing to the bond that exists between Nature and the Druids.

With its large blade and long handle, the giant scythe's specialties are its long reach and slashing attacks. With his speed, the ability to fight in close quarters, and his long reaching scythe, Vikens can dole out fast chained attacks and call down Nature’s wrath. In addition, Viken can still transform into the Wolf and Nephilim forms. 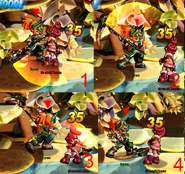 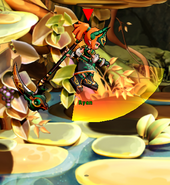 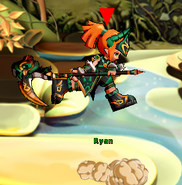 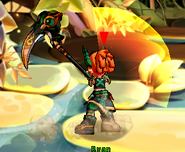 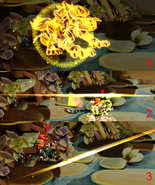 Spiralling Rage
Add a photo to this gallery

Retrieved from "https://grandchase.fandom.com/wiki/Viken?oldid=57568"
Community content is available under CC-BY-SA unless otherwise noted.