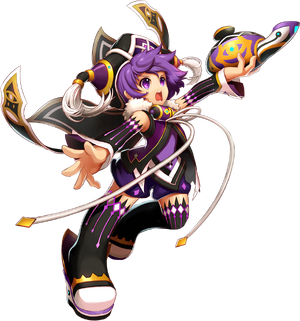 As the forces of darkness grow stronger, their soldiers become more menacing and ruthless, and their attacks against the innocence of the Bermesiah Continent grow more brutal and frequent. Although the Mages of the Violet Mage Guild have done everything in their power to exterminate all the monsters, they are vastly outnumbered and suffer from a critical weakness: they must rest to recharge their mana after casting their spells.

The greatest Mage of the Violet Mage Guild discovered that they can convert their own mana to cast powerful spells if they form contracts with spirits. However, the spirits are particular about who they work with and join hands only with Mages of exceptional power and character. These Mages are known as Warlocks.

Warlocks rely on the spirits of Ice, Fire, and Wind, to further increase the power of their magic. Unlike Fairies, Spirits come from the Spirit World and answer to the Warlocks' calls. Various weapons such as Lamps, Books, Beads, and Canes are used to summon the Spirits. 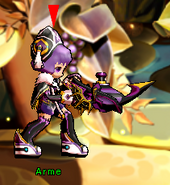 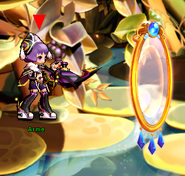 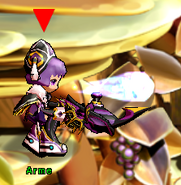 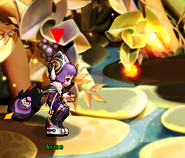 Unlike Arme's other classes, Warlock only has one skillset rather than two.

Chained Rush
Add a photo to this gallery

Retrieved from "https://grandchase.fandom.com/wiki/Warlock?oldid=58650"
Community content is available under CC-BY-SA unless otherwise noted.