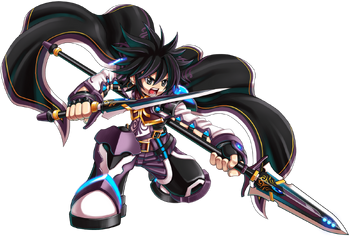 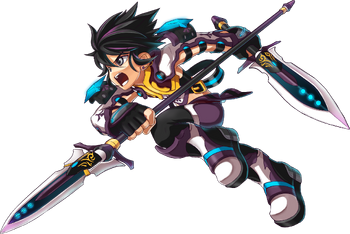 With his matched Pike and Short Sword, called Sleaghgrim, the Warlord is a highly specialized job that combines the long reach of the pike and the speed of the gladius. The Warlord excels in smashing through his opponents’ defenses with the long swipes of his pike, granting him access to their inner defenses with his quick sword. The Warlord often uses his pike to vault over enemies while charging, quickly changing his position on the battlefield, giving him the opportunity to strike from above and behind. His ability to quickly change his positioning gives him many opportunities to strike at undefended backs and sides that his opponents may not expect. The Warlord can capture many enemies single handedly by suddenly dropping down from above or forcing them into a corner with his long reaching pike.

The Warlord's attacks can come from his Short Sword or his Pike, giving him a varied array of ranges from which he can assault his opponents. He can quickly close gaps and has an edge in close quarters combat that no other job can equal. Coupled with his "Rage Mode," no other close quarters combat class can compare.

It is necessary to be level twenty (20) to be able to participate in Second (2nd) Job Promotion. "Sieghart... warrior of Kanavan. Our Queen's wish is that you would be Kanavan's hero now as you had been in the past. Become a Warlord and protect Kanavan! May Bermesiah be everlasting! "

- Vizier to the Queen of Kanavan - 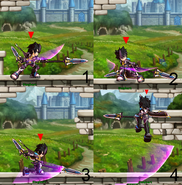 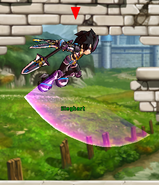 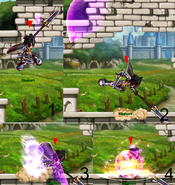 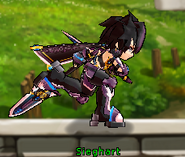 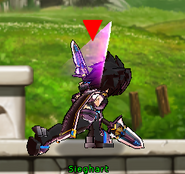 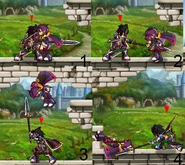 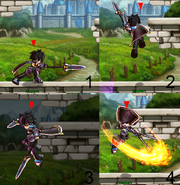 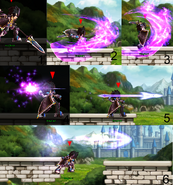 Illusion Attack
Add a photo to this gallery

Raging Fire Blaster
Add a photo to this gallery

Retrieved from "https://grandchase.fandom.com/wiki/Warlord?oldid=59037"
Community content is available under CC-BY-SA unless otherwise noted.