Fearful of the strength of the Ancient Demons, the remaining demon races banded together and formed a league to annihilate the Ancient Demons and began the fight with a surprise attack. The intense fighting continued for a long time with no end in sight. Amid the war, Duel, the master of the magical sword Eclipse, joined the war, taking it into a whole new direction. The ever reckless Duel lost all reason and as the war continued, his lust for destruction awakened within him, and after destroying Ancient Demons and lesser demons alike, disappeared. The great wizard Oz Pone Max Reinhardt barely survived and on the very spot where he was wounded, he created Grandark, a magical sword that would rival Eclipse. However, Oz was unable to control Grandark's powerful ego and began searching for someone who could wield it.

After much time had passed, such that the past was virtually forgotten, a mysterious swordsman called the "Wanderer" appeared in Aernas. He carried with him a strangely formed sword, the likes of which no one had ever seen while destroying every obstacle in his path and while looking for evidence of unknown mysterious power, he encountered the Grand Chase in Xenia.

Thanks to Grandark's ego, Zero is not so good at expressing his feelings compared to Grandark, thus he is not able to show his huge curiosity. Also, despite his dislike of fights, he believes that fights are the only way to prove himself.

While Zero starts off matches as a brawler, 3 stances can be used as Zero's abilities are further unlocked.

Note that Zero can still be grabbed regardless of any stance and using a skill in any stance reverts Zero to normal or Sword stance if using a technique, the exception being Increase and Unique. When using a skill in a normal stance, Zero automatically enters Sword stance then performs the move but this is still a part of the skill. Upon becoming an Advancer, he can use skills in a normal stance. 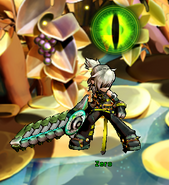 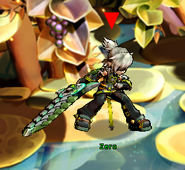 Zero can be unlocked by purchasing a Mission scroll from the shop and completing its objectives. 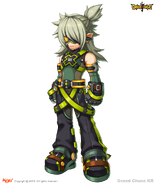 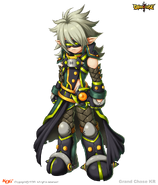 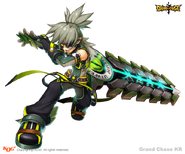 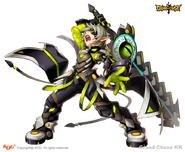 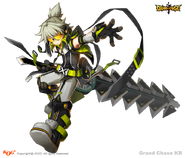 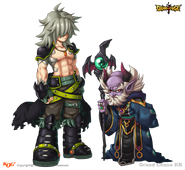 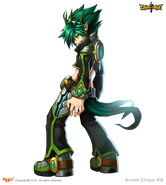 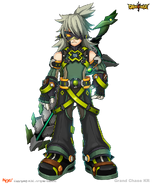 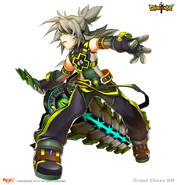