"Creature created to control the Sword."

A long time ago, the war between demons and ancient demons, called the Ancient Demon Wars broke out. The demons succeeded in attacking the ancient demons while the strongest warrior, Duel, was away and took the victory. But afterward, Duel continued his battle and took victories in many of them with numerous strong demons until he was defeated by Heitaros and got imprisoned in Purgatory.

Doctor Oz, who was praised as the great wizard of the Demon World, was also one of the defeated. The defeat did not just make him seek vengeance, but even make him feel awe to Duel. In the preparation for the re-encounter of Duel who escaped from Purgatory, Oz decided to craft a Demon Sword that could overcome Eclipse, Duel's Demon Sword.

After many years past, when the vengeance and awe are gone and only the desire to achieve remains in him, he finally succeeded in creating Grandark, which was comparable to Eclipse.

But was it because the sword was too powerful? The sword's ego did not recognize Dr. Oz as its master, and Oz ended up creating a creature with a body that was strong enough to wield the sword and that was Zero. Zero was able to wield Grandark, though the control was imperfect. However, Dr. Oz called Zero a failure, and he was keen to create another creature.

One day, the Hardliners attacked his lab, Dr. Oz stayed alone in the lab to hide Grandark and helped Grandark and Zero escaped. Zero, who had to leave the lab without any explanation given, though that the reason of his existence is only to win a victory against Duel and the Demon Sword Eclipse and begins his long journey to find them.

The security guards of Veigas Corporation were going door to door and knocking on them. It was the houses of the workers that were picked to work on the road. No one thought different even though armed security guards were roaming the alley.

It was easily explained by convincing them extra security guards were needed for the Winter Nightmare.

"I will take care of the house."

A worker was seen off by his son. The security guards knew that these two will never be able to meet again. They weren't picking workers for the road construction, they were going straight to Veigas' stomach. However, they were already all out of sympathy as this was something that they signed up for and it was just work for them.

The security guards just put on their poker face and carried out with their tasks.

An innocent remark from a child tensed their bodies as the child fearlessly pointed at the chief of security.

Ex-mercenary hired by Veigas. Zero was an outsider so there were only rumors about what he was. A relentless killer of the battlefield, or a master swordsman that trained all his life and finally seen the outside world, or a wanted criminal that came looking for a fresh start, etc.

Nothing was for certain but every one of them made him a very dangerous man. It was easy to tell how much the villagers feared him but it wasn't just the villagers, even the security guards feared him. Only the children due to their innocence did not fear Zero.

The children called Zero Ice Mask and treated him like a hero. As to their eyes, only heroes wear a mask to defeat evil. The reason for their belief was simple, it was because his mask looked cool.

The children meant no harm but in case they could put Zero in a bad mood, they quickly hid them away from Zero. Every time a child moved their head to look at Zero's cool mask, the guards desperately tried to hide the children from Zero's vision.

"Sir! We have just finished making the rounds to all the houses!"

"We will be able to leave in ten minutes!"

As Zero quietly stared at them, they all visibly started to sweat, did the child put Zero in a bad mood? What if Zero draws his sword here?

The guards shifted their gaze over to his sword and the sword radiated with load vibration. Is he going to do it?

As the guards shut their eyes waiting for the inevitable, Zero looked up at the roof and at that moment...

The guards jumped from Zero's remark as they did not expect him to talk instead of using gestures. It was very rare for Zero to speak as he only talks when Veigas gives him orders.

Zero just said the move, which means, they have to move, now.

The guards quickly rallied up the workers and dragged them. Zero kicked the walls and jumped on the top of the roof. He had spotted the Winter Nightmare Dio. Zero quickly got in from of Dio and glared at him.

The two of them glared at each other for a short moment before their weapons clashed. The shockwave from the clash broke all nearby windows.

A frozen sword and a scythe created a storm as they were swung. Each of them felt like a walking blizzard.

Zero simply shook his head. The reason Zero was hired by Veigas wasn't for money, or to have a fresh start, what Zero wants, that Grandark wants is only one thing.

He wanted the power that turned Dio into the Winter Nightmare. That is the only thing that would make Grandark stronger than it already is.

"Give us the Winter Essence and my partner will let you go without harm."

Zero glared at Dio as he did not expect Dio to simply hand it over. Zero will take it from Dio by force, tonight will be the night Grandark will consume the Winter Essence.

Dr. Oz who was wretchedly defeated by Duel during the Ancient Demon Wars began studying Duel and his sword after the war. After a while, he finally succeeded in crafting a Demon Sword that is comparable to Eclipse.

But the sword and its ego were too powerful for him to control. Dr. Oz decided to create a creature with a body that was strong enough to control the sword, and that creature was Zero. Grandark, which is like a fellow fighter, or even brother, was the reason behind his birth and is now the reason he continues his life.

TIP: You can upgrade a skill every time the hero achieves Breakthrough. Special 'skill' cannot be enhanced. 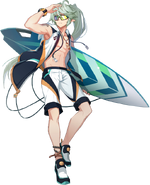 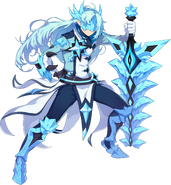 Frozen Sword
(Premium avatar)
Add a photo to this gallery 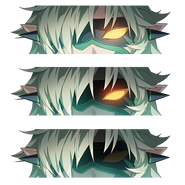 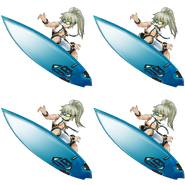 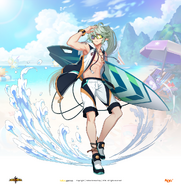 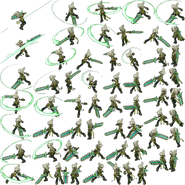 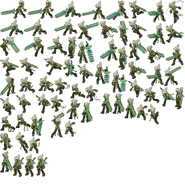 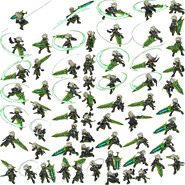 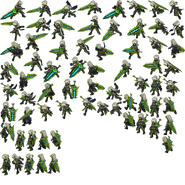 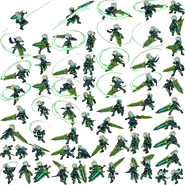 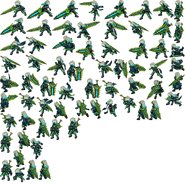 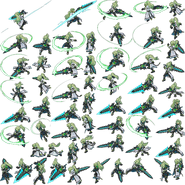 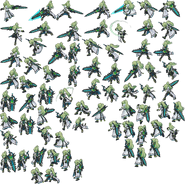 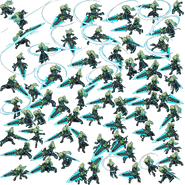 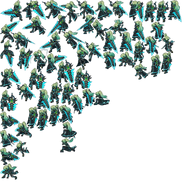 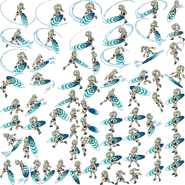 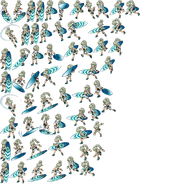 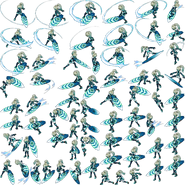 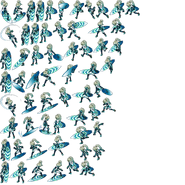 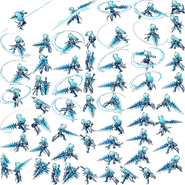 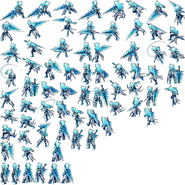 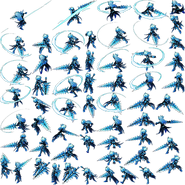 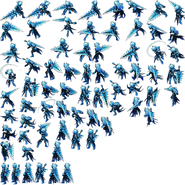 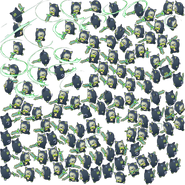 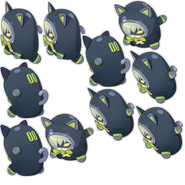 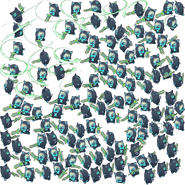 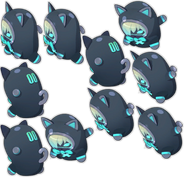 Retrieved from "https://grandchase.fandom.com/wiki/Zero/Grand_Chase_Dimensional_Chaser?oldid=78686"
Community content is available under CC-BY-SA unless otherwise noted.